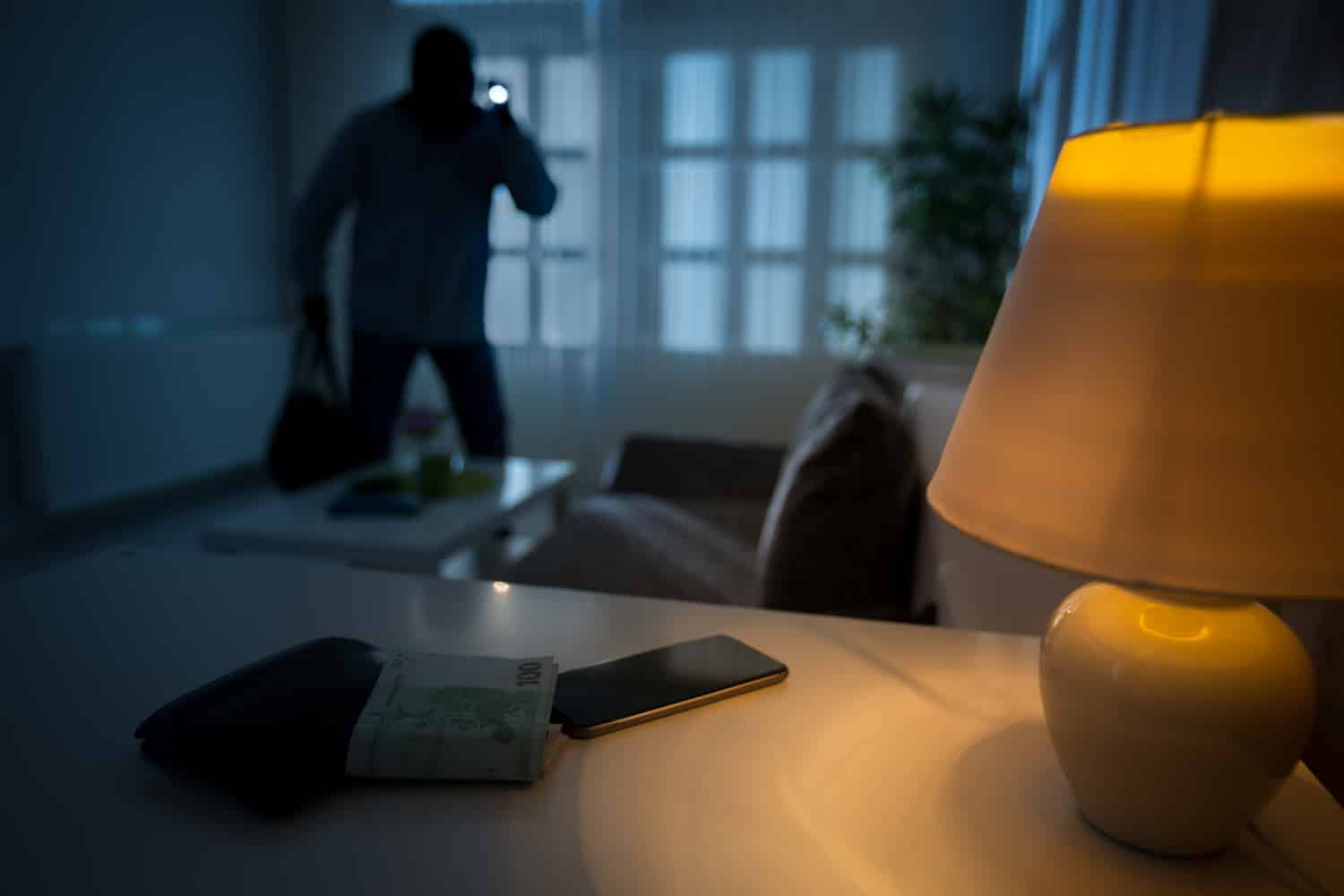 Burglary is the act of entering or remaining on private property with the intent to commit theft or any type of felony crime. It is sometimes called breaking and entering and is one of the most common felonies in Arizona. It may involve theft, although this is not always the case. If you are facing charges for burglary, it’s important to understand how Arizona law defines this crime and what factors may influence the outcome.

Although theft is the most common motivation for breaking and entering, a court can convict someone of burglary even if they did not steal or intend to steal anything. The only requirement for the law to apply the perpetrator’s intent to commit some sort of felony after illegally entering the property. One example is vandalism, also known as criminal damage.

Many people mistakenly think that burglary and robbery refer to the same crime. However, this is not the case. Burglary is a property crime whereas robbery falls under the definition of violent crime. Arizona Revised Statutes (ARS) 13-1902 defines robbery.

One of the biggest differences is that robbery requires an interaction between the perpetrator and the victim. In the case of burglary, there is no such interaction. Robbery also involves using force or a threat of force to take property from an individual, whereas burglary does not. Another difference is that robbery only applies when someone steals or intends to steal, not to other types of crime.

Another crime that has some similarities to burglary is criminal trespass. This involves entering or remaining unlawfully on private (or sometimes public) property. It is defined in ARS 13-1504 and is a class 1 misdemeanor unless the property is a critical public service facility or residential structure, or if the perpetrator desecrates a religious symbol on the property. The difference between trespassing and burglary is that trespassing does not involve any intent to commit a crime. In some cases, your criminal defense lawyer may be able to argue for a trespassing conviction in place of burglary, which is beneficial since this is a lesser charge.

In Arizona, there are three different degrees of burglary. All of these require the intent to steal or commit a felony, but the locations and other factors vary.

This is defined in ARS 13-1506 as unlawfully entering or remaining in a fenced yard or nonresidential structure. It can also include entering a motor vehicle with a master key. This crime is a class 4 felony.

A second-degree charge applies when the perpetrator enters a residential structure. ARS 13-1507 defines this crime, which is a class 3 felony.

Burglary in the first degree occurs when the perpetrator knowingly possesses explosives, a deadly weapon, or a dangerous instrument. If this occurs while entering a yard or nonresidential structure, it is a class 3 felony. If it is while entering a residential structure, it is a class 2 felony. Note that if the individual actually uses a weapon or threatens someone with the weapon, a robbery charge will apply instead.

Our criminal defense lawyers can help you. We will examine the facts of your case and will fight to achieve the best possible outcome.

If you are facing charges for burglary or another crime, contact our team today for a free consultation.