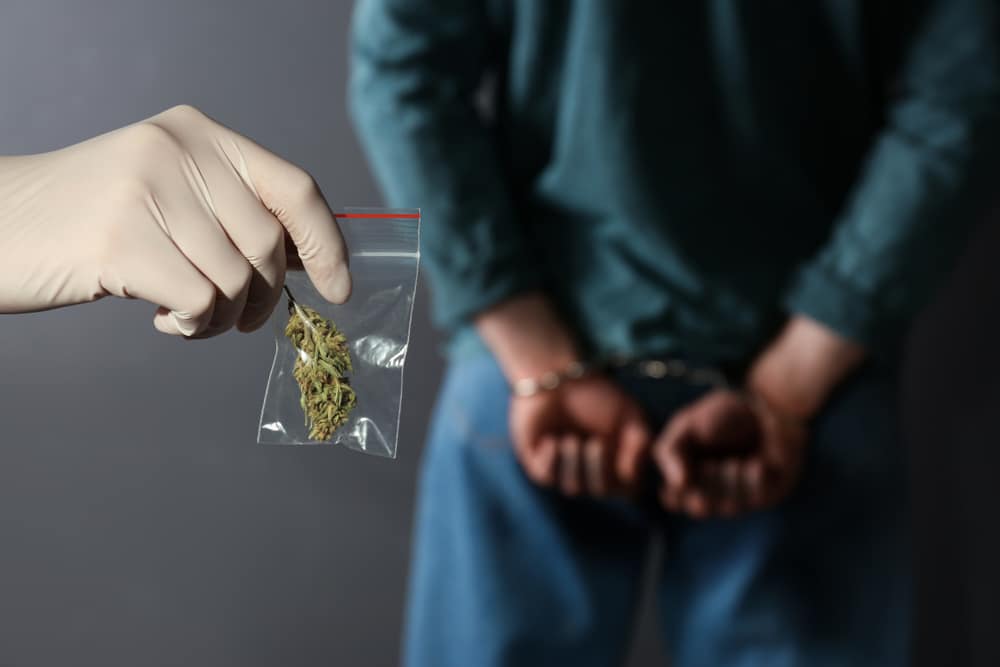 Note: This article was written and published before the passage of Prop 207, which legalized recreational marijuana use in Arizona.

If you are a medical marijuana patient in Arizona, you may have heard about the recent ruling by the Arizona Supreme Court. This case, State v. Jones, addressed the differences between the definition of possession of marijuana in different sections of state law. The Arizona Medical Marijuana Act (AMMA) and Arizona’s criminal code both gave different definitions. This left medical patients vulnerable to criminal charges even if they followed all the regulations of AMMA. Luckily, the State v. Jones ruling standardized the definition. Now both dried flowers and marijuana concentrates are legal for registered AMMA patients to possess.

The recent State v. Jones case was an appeal of an earlier criminal case against Rodney Jones, an AMMA-registered patient. In March 2013, police found Jones with a jar with 1.43 g, or 0.05 ounces, of hashish. Hashish is dried resin extracted from a cannabis plant. This was well under the 2.5 ounce limit for medical patients. The courts charged Jones with possession of marijuana and possession of drug paraphernalia. He received a sentence of concurrent terms of 2.5 years in prison.

The argument centered around how state law defines marijuana and how state law defines cannabis. The AMMA defines marijuana as “all parts of any plant of the genus cannabis whether it is growing or not.” However, Arizona’s criminal code § 13-3401 (20) (W) defines cannabis, particularly cannabis resin, as a narcotic drug. Due to this discrepancy, even verified AMMA patients could be prosecuted for possession of marijuana if they possessed hashish, hash oil, or other marijuana concentrates.

The state argued that the criminal code’s definition took precedence over the AMMA definition. This would make cannabis and marijuana separate substances. By this definition, only marijuana (dried flowers from the marijuana plant, not including any concentrates) would be a protected substance for medical patients.

Jones's legal team argued that the AMMA clearly states “all” parts of the cannabis plant are available to verified patients. The AMMA also mentions the right of dispensaries to “manufacture” marijuana. This would imply that the statute protects even hashish and other concentrates that require refinement to produce. They also argued that since hashish is refined from a cannabis plant, it is covered by the language of the AMMA as a “part” of plants from this genus. The court ruled in favor of Jones, therefore making marijuana concentrates legal to possess for AMMA patients.

Possession of Marijuana  Under the AMMA

This new ruling has an important impact on AMMA patients across Arizona. Before this ruling, it was possible that even those who followed every regulation in the AMMA could get charged for possession of a narcotic. Such a charge could result in jail time and serious long-term consequences for their ability to get a job and support their families.

Many medical patients prefer to use edibles, hash oil, or vapes, especially if they have other conditions that make smoking less ideal. Before the State v. Jones ruling, the law would only protect patients using dried flowers, not those who prefer any other form of marijuana. Fortunately, the state has corrected its mistake with this ruling. Now, all AMMA patients can choose to smoke marijuana or to use concentrates and still have full protection under Arizona law.

Are You Facing Charges for Possession of Marijuana?

If you are a medical marijuana patient in Arizona, it’s important that you know your rights. If you are facing a drug offense charge as a verified AMMA patient, this new ruling can help your case. It’s also important to note that even as a medical marijuana user, you are vulnerable to drugged driving charges if there is cannabis in your system while you are behind the wheel.

Whether you need help with a drug charge or a drugged driving offense, the DUI Defense Team is here to help. Call us today at 520.222.2222 for a free consultation.